The Power of Lolita

In 1955, Vladimir Nabokov published his most famous work, Lolita.  Lolita was included on Time's list of the 100 best English-language novels from 1923 to 2005 and was fourth in the Modern Library's 1998 list of the 100 Best Novels of the 20th century.  Its reputation is vast; its influence is bigger still.  What follows is an extract from my PhD where I discuss this novel and gives great insights into the creation of one of the greatest novels ever written. 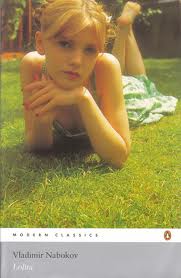 Lolita did not come to Nabokov fully formed in the mid-1950s.  In 1939, he wrote a novella that remained unpublished until 1986, following his death in 1977.  That novel, entitled The Enchanter, Nabokov would go onto describe as “the first little throb of Lolita” in an essay that would subsequently be attached to that great novel.   Like Lolita, it is concerned with ephebophilia and the same technique of a predatory older man to gain access to his desire as Humbert Humbert – by marrying the mother.  But the truth is greyer even than Nabokov paints it.  He touched upon the theme earlier, in a short story written in 1926, entitled A Nursery Tale. The theme would appear also in Laughter in the Dark [1932], and again in one chapter of The Gift [1938].  This concept of ephebophilia fascinated Nabokov – and I dare say if Lolita had been his first novel he would have been accused of being an ephebophile himself.  Lolita was a secret heart beating within him, and though it is touched on in other works, he wrote two distinct novels on the subject – The Enchanter and Lolita itself.

Yet he is still not done with it, or the subject.  A third, unfinished novel, The Original of Laura, was published in 2009, after thirty years of family debate about whether they should release it.  Nabokov had requested it be destroyed.  That unfinished novella features Hubert H. Hubert, an older man preying on a pubescent girl, but unlike in Lolita, he is rejected.  What made Nabokov return again and again to Lolita and the men that pursue her?  I’m not sure even Nabokov knew.  In a BBC interview[i] he said,

“Lolita is a special favorite of mine. It was my most difficult book—the book that treated of a theme which was so distant, so remote, from my own emotional life that it gave me a special pleasure to use my combinational talent to make it real.”

Was the desire alone to make the distant tangible to him?  Was he simply imposing structure on a section of the world he did not understand?  Whatever his reasoning, it is lost.  But we can look at how one novel evolved into something else.  In 1939 he stood by The Enchanter, but later disowned it.  He wrote it in Russian, and had this to say of it long after Lolita was finished:

“Now that my creative connection with Lolita is broken, I have re-read [The Enchanter] with considerably more pleasure than I experienced when recalling it as a dead scrap during my work on Lolita.  It is a beautiful piece of Russian prose, precise and lucid.”

And it is those things.  The literary world is glad it was not lost.  Not only because is a short masterpiece by Nabokov, haunting and disturbing in a manner similar to his other work, but also because we can compare how a writer matures, and alters his presentation of similar material.  Here is the famous opening of Lolita:

“Lolita, light of my life, fire of my loins. My sin, my soul. Lo-lee-ta: the tip of the tongue taking a trip of three steps down the palate to tap, at three, on the teeth. Lo. Lee. Ta.”

God those lines sizzle with energy!  We know straight off how proud our narrator is of this woman, whoever she is.  Very quickly we learn not woman, but child.  Then we’re hit with the lines:

“You can always count on a murderer for a fancy prose style.”

And we gulp.  We draw breath.  We know this isn’t going to end well.   But what’s more – here is a man, proud of his actions.  He draws pride in his sexual attraction to a child and in the act of murder.  He is a grotesque, and Nabokov shocks us again and again with him.  Through the novel we feel our understanding of him shift, even our position of empathy.  Everything in that novel comes from that first short chapter; the novel is an explaining of how a man can end up there.  How a man can become that.
The Enchanter, on the other hand, sets out its stall very, very differently.

““How can I come to terms with myself?” he thought, when he did anything at all.  “This cannot be lechery.  Coarse carnality is omnivorous; the subtle kind presupposes eventual satiation.  So what if I did have five or six normal affairs – how can one compare their insipid randomness with my unique flame?  What is the answer?”

The narrator is clearly locked into a similar mental turmoil to Humbert Humbert but shares not a shred of his violence.  This man, who remains unnamed throughout, as does the girl, is stalled by fear when his plan seems to work and gains access to the girl.  His fear causes his death.  The Enchanter is a considerate work, the work of a writer finding his way into material that is beyond his own understanding, but in comparison to Lolita it is a weaker work.  Lolita hits you, hard.  No wonder it was so instantly recognised for its brilliance.
In April 1947, Nabokov wrote to his friend Edmund Wilson explaining the idea: "I am writing ... a short novel about a man who liked little girls—and it's going to be called The Kingdom by the Sea....”[ii]  It took him eight years to finish Lolita.  It had been eight years since The Enchanter.

Writing a novel of genius takes time, and patience.  Nabokov got there brilliantly, in the end.