The Return of the Blog 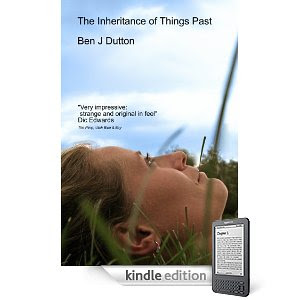 I have been a terrible, terrible blogger. I see that this blog was birthed in 2009 and then promptly died. My new year’s resolution for 2011 was to begin again with the blog. Well, it’s Saint David’s Day now, 1 March, and I finally get around to it.

First the important matters: my debut novella, “The Inheritance of Things Past” is now available for your Kindle, at the worth it price of £0.86 – eighty-six pence! – or $0.99! What are you waiting for? Go buy now! You don’t really have to, but if you love a good story, you won’t regret it if you do.

So what have I done in the fifteen months since I last checked in: I completed writing a second novella (currently entitled “Grass and Ember”) but came in too short for mainstream publishing at 65,000 words. I began work on a third. Then a fourth. Then a fifth. I have yet to finish the third, fourth, or fifth because I began working in a shop: and that shop began to take over my life. I had one period where I worked 53 days without a day off. The writing died. It died so badly. I lost track of what was going on in the third novel, so I started a new one, and then another: it’s not that I planned to write so many novels concurrently.

Well, seven weeks ago I quit that job to write full time for a few months. I have since finished a screenplay that’s about to go to the BBC and have resumed one of those above mentioned novels, which I intend to finish because a) I think it’s a bloody good story and b) I know it’s the kind of thing a publisher would love. So long as it comes in at 80,000 words or more. Which I think it should. 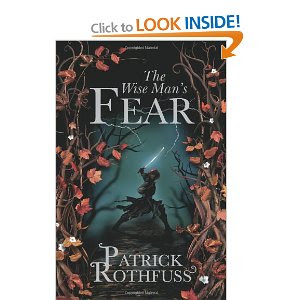 So this is it. The start of a new blogging life. Kick me if I miss a day. I want to write every day, come rain, wind or shine. Even if I feel like crap.

Today I should be putting the finishing touches to my BBC screenplay, but I just bought Patrick Rothfuss’s second novel in The Kingkiller Sequence, “The Wise Man’s Fear.” I’ve been waiting, like many a good fantasy fan, for some time. So I’m going to curl up, because it’s Saint David’s Day, and I’m Welsh, and get lost in a weighty tome. Ciao for now.
Posted by Ben Dutton at 12:23