Updates on a Life

I’m clearly not any good at this blogging thing.  I broke my promise, twice now.  So I can’t blog continuously for thirty days.  But I will try and blog frequently(ish) or until I got so lost in something new that I haven’t the focus any more.

So what’s new?  I’m about to embark to London Town for a one day workshop with James Moran (the wonderful writer of Severance, the Pompeii episode of Doctor Who, amongst many other ghoulish outings) and Dan Turner (director of the very scary Stormhouse, written by another ghoulish writer, Jason Arnopp) so that should be fun. Insights into how to get my brand new, sparkling scripts into the hands of people with money (and hopefully the passion to throw lots of it at me to make the thing). 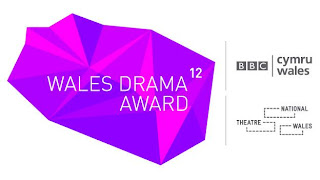 I’m reworking my script for the BBC Wales Drama Award 2012 – an award open to all new writers of Welsh residency that I just know is going to be swamped with material of such high quality that I’m going to have to bring something higher than my A-Game (but I don’t know what that is – do we have an A*Game?).  I have a script I think very powerful, but it is part of a six part miniseries, and though they say they’re open to anything, I suspect something that comes to a natural ending at the end of episode 1 might prove more winning – you’ve a beginning, middle and end – where all I have is set-up of the central mystery, of the characters’ lives, and of the community, with a dark suggestion of where it is all going end (badly).  The script rolls along and there are some very strong dramatic character moments and oodles of personal tension…. But it’s like the first three chapters of a novel.  And they don’t want novels.  They want scripts (or stage plays).  I think my problem is I trained as a novelist.  I think like a novelist.  And writing a script is so, so different to writing a novel.

Then there are a few other things cooking away on the script front that, right at this moment, I’m not going to mention.

Then there is the novel.  It needs a new middle chapter, a better summing up of everything that has come in the first half and a better segue into the final act.  It’s all nip-and-tuck work, not major surgery.  But once it’s done, I think I’ll have something special.  I am truly proud of this novel.  And I sincerely hope I can sell it before the end of the year.

So I’m off now, to London, on a long train ride south.  I’ll have pen and paper handy, to write down what I can, but not have computer access for three days.  So au revoir cyber-life.  Keep the fires burning.  I will be back.
Posted by Ben Dutton at 13:41